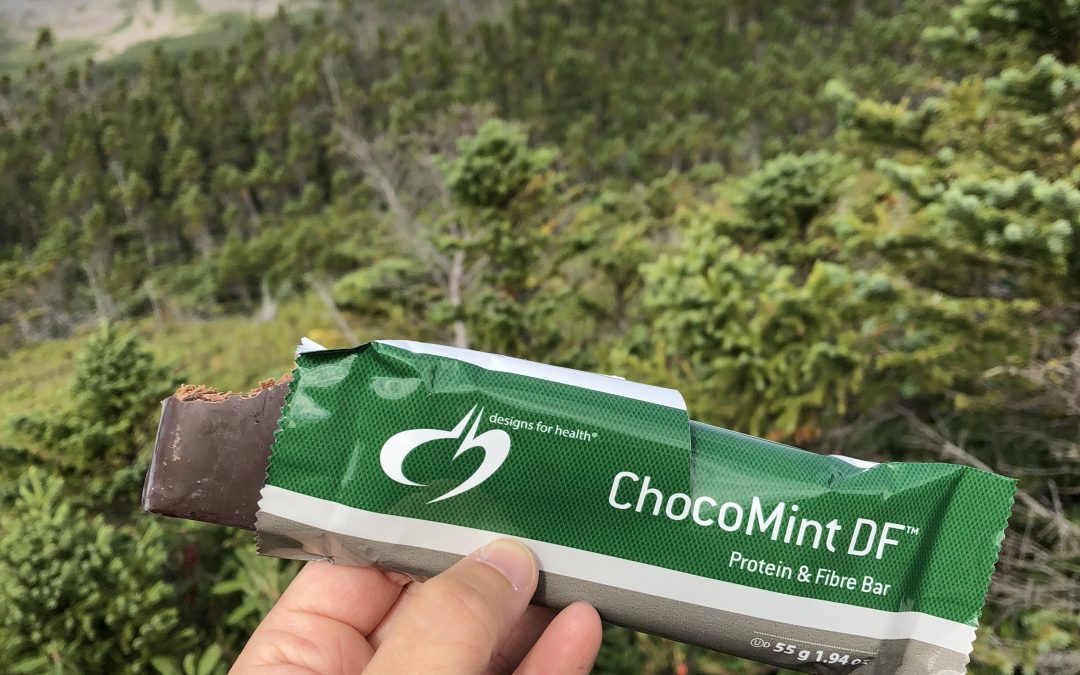 If you follow me on Instagram, you will have seen the pictures I posted while in Newfoundland in September. Before I left, everyone told me how hard it would be to eat healthy in Newfoundland so I was terrified! It turned out that with some prep and hidden gems we were perfectly fine.

I’m used to eating a certain way. It doesn’t mean that I won’t eat my intolerances or that I have to eat salad at every meal but I do like to eat well.  I used to be concerned about eating while travelling but over the years I have realized that it always works out. And if it doesn’t, I just get right back on track when I return to every day life. Your body is meant to deal with a certain amount of toxins as long as you give it some breaks over time.

I’ll write about what we did in another blog but we started by taking the Argentia ferry and driving to St. John’s from there.  The ferry left at 530pm and we boarded at 4pm so we left Halifax at 1130. Lunch, supper and snacks were a must.

The things I didn’t know before. There is a buffet on the boat. If you eat meat (which I don’t) then there are some ok options including chicken and vegetables. There was also a pub and a snack bar, both of which didn’t have great options. The ferry has a microwave for leftovers and you have access to hot water. The water is drinkable so you can fill a water bottle as well.

My husband and I eat differently so our meals are not the same for the most part. I brought smoothies for our lunch which included coconut milk, greens, frozen banana and mango, hemp seeds, ginger and protein powder. For supper Mike had a big salad with 2 boiled eggs, bacon that was baked the night before and Everyday Basil Dressing (from Everyday Detox cookbook). He will eat ANYTHING if it has that dressing on it. I also had a salad with hemp seeds as my protein and leftovers from the night before which included Gogo quinoa pasta from Costco, Taste of Gold  Balsamic vinegar, roasted veggies and avocado.

The next morning we had protein bars for breakfast and some dinner leftover from the night before. I brought a number of different bars and flavours so we didn’t get bored. The brands were Vega (both the snack bar and the meal replacement bar), Genuine Health (mostly the ones with chocolate for me, the strawberry and lemon ones for Mike) and Designs for Health (a company we carry at the clinic). The Genuine Health bars are found at Sobey’s and they have a number of flavours that are delicious. There is no coating to them (which surprised me) but that also means there is no cane sugar in them either!! Without the coating they also hold up well in the heat so they are ideal for travelling. The Vega bars melt some when they get hot so while I love them, they aren’t great for a hike/car on a hot day.

Once in St. John’s we lucked out because it was Saturday. So we hit up the St. John’s farmers market. Mike had a delicious Texas BBQ sandwich with the best pickled beans of all time and I had Indian food in a reusable container. We also found TONS of organic produce and I picked up potatoes, dinosaur kale (it holds up better than other varieties), eggs (free range) and cilantro (this binds toxins well). Mike picked up lamb sausages and bacon. There was a vendor that sold homemade sauces and we chose a dairy free butter chicken and a red curry lime sauce that we used all week on salads, stir-fries and to dip veggies in. I also grabbed some wild blueberries and sourdough bread for Mike to make sandwiches on for the week. The one thing I was hoping for was some clean sliced meats but didn’t find it. But if we didn’t have the option of a market, there are plenty of grocery stores!

Our first 2 nights were spent in an Airbnb so each night we would cook for the next day. Lunches for me were a stir-fry with quinoa and one of the above sauces. For Mike we made a bacon sandwich with lots of greens. We shared a kale salad (kale, mushrooms, carrots, hemp seeds, balsamic vinegar and avocado oil) each day as well. Fruit and snacks were eaten as we felt like it. Breakfast was Silk Coconut yogurt, hemp seeds and blueberries for me and eggs for Mike.

We went to the health food store in St. John’s. It was well stocked but since it was the beginning of our trip, we didn’t need anything.

Our suppers were eaten out in St. John’s. The Sprout was first on the list. It’s a vegetarian restaurant with lots of vegan and gluten free options as well. Mike didn’t feel like he missed the meat. You order at the counter and while they bring it to you there is no table service. It was quick and delicious with huge portions. I had to take some of mine home. Mike had a soft shelled taco and I had a pad thai with gluten free sauce.  The next night we went to a vegan Chinese food restaurant called the Peaceful Loft. It has a sign on the front door that states they don’t use MSG or and GMO foods and had so many options. The restaurant owner is from Macau and he knows his stuff. He suggested foods for us and brought me some gluten free options. He also discussed the politics of being vegetarian with Mike, in a polite and respectful way. The meal started with a beet broth soup that came with 4 condiments: GF hoisin, mushroom and garlic, red chili and ginger. I loved the ginger one and put it on most of my meal. Mike ordered spring rolls and a rice dish with vegetables and “fake meat”. I don’t like the texture of fake meat so I ordered a sweet and sour dish with lots of broccoli and a Szechuan noodle dish with tofu (cooked in ginger juice), which we shared. We had leftovers again. I would definitely go back.

We slept in Gander the next night but took the day to explore the Bonavista Penninsula. We stopped at Two Whales Coffee Shop in Port Rexton on the recommendation of many people and were not disappointed. Mike had a breakfast sandwich with coleslaw (homemade) and salad with balsamic vinegar. I had the black bean chili with GF seed bread, coleslaw and salad. We both ordered drinks, Mike a coffee and I had a rooibos tea. For dessert Mike had the salted caramel brownie (NOT sugar free!) and I had the nut and seed bar (vegan but had sugar). We were so full that we saved the treats for after our hike. It was such a great cafe with many accommodating options that I would recommend it to anyone.

The drive to Gander was rough with the rain and the drive from Gander to Gros Morne was just as rainy. This was the only time we got take out as we were 2 hours later than we hoped. We also went to a grocery store in Gander to stock up but on these drives had protein bars and snacks to keep us going. We stocked up on more fruits that would keep, Happy Planet smoothies and green juice, veggies and corn chips.

We ended up at Gros Morne National Park for 3 nights. We had decided to camp so I had brought a lot of our food from home. We would’ve eaten similarly for breakfast and lunch had we been in an Airbnb but would’ve eaten out for supper if we hadn’t been camping. We heard great things about the Black Spruce Restaurant but never got to try it.

For breakfast I had a mixture of hemp hearts, buckwheat groats and chia seeds with coconut sugar and dried cranberries. All of this is mixed with hot water. It was so filling that most days I didn’t need to have a snack in the morning. It’s also easy to transport and can be made with hot or cold water.  Mike had grilled cheese (can you tell he likes bread, and we don’t have much at home!) made with Daiya Food shredded cheddar (which I found in Gander!).

Lunches were Amy’s soups in our thermos because we were hiking. Suppers were had back at the campsite. One night was a tin foil dinner on the fire with veggies, potatoes and meat (chickpeas for me). Another was Daiya Food’s new macaroni and cheese that I had been wanting to try. It was ok, and kids might like it but I like my butternut squash cheese sauce so I’m partial to that one. I also made a soup using a bag from Gogo Quinoa but added pasta and lentils to it so it was more hardy. We also shared a bag of plain potato chips.

Because of a storm on the Cabot Straight our ferry was cancelled twice. Knowing this, on the night before we left Gros Morne, I made a huge batch of quinoa and veggies that we ate for lunch and supper. Quinoa keeps well so is a good source of protein while on the go. We visited the grocery store in Port Aux basques and got chicken for Mike for the next day. I had my seed mixture and more quinoa for meals. We then focused on finishing up all of our food that we brought along, the protein bars, chips and salsa, fruit, veggies. There was plenty to get us through.

I’m used to travelling with food and yes, it is some work. But for me the payout is worth it. If you are not used to planning for food when you travel by car try these steps:

A lot of the above suggestions can work for airplane travel as well but there are more restrictions on types of food you can bring. Travelling and eating well shouldn’t be stressful. The more you do it, the more you know what works for you.