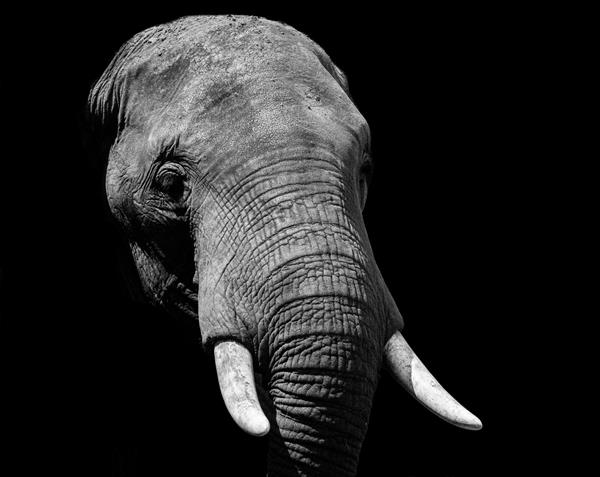 Q: Why didn’t I go to the Christmas party?

A: Introverts and Elephants.

So that answer may seen a little cryptic. I will try to explain. When I was in my Master’s programme, I was introduced to the MyersBriggs Personality type indicator. This is a psychological system survey that divides people into sixteen basic personality types. ( it is like the Sorting Hat in Harry Potter using psychological questionnaires instead of magic). You can check out the sixteen types at www.myersbriggs.org.

I will give you a very quick summary. It uses four scales I-E, N-S, F-T, J-P. After the survey you find your tendencies and get a 4 letter personality type. First scale is Introvert and Extrovert—roughly speaking it is about gathering and recharging energy. Do you recharge by being alone or with people. Next is Intuitive and Sensate—gathering information with 5 senses or intuition. Thinking and Feeling—processing information with thoughts or emotions. Judging and Perceiving—how you make decisions about the information. Most people have all these but have certain tendencies or preferences. Some people sit right in the middle and some sit very strongly on one end of a scale. The other interesting thing is that we tend to change over time. I have moved on all four scales since I first did the test in university. I was INTP and now INFP but my place on all the scales has changed. ( it is like I have changed from a Ravenclaw to a Hufflepuff)

So I did not go to a Christmas party in part because I am an introvert. I need time alone to process, clear and recharge. I am a teacher so I have to work in Extroversion mode a lot. This is why I need that recharge time. This time of year can be difficult for introverted folks. For many folks really. There is so much media pressure to BUY,BUY,BUY. Then by implication you are not a good person if you don’t BUY. And do not get me started on Christmas movies. There seems to be a large number that focus on having a perfect romantic partner just in time for Christmas. I was raised in the church (literally- I used to play around the altar and thought it was an extension of my home). I do not remember consumerism and romance being a part of Christmas. Neither does it appear in the winter solstice pagan traditions.

Ranting aside, the best parts of the many winter cultural and spiritual traditions are food, loved ones and fun. My favourite part is Peace. Most introverted folks like that stuff just in smaller and shorter doses than extroverted folks. So Introverts, give yourself permission to say ‘ yes’, ‘no’ or ‘only for a bit’.

What about the Elephants? Well the elephants have to do with the Thinking-Feeling part of the personality. I read a book recently called Leaving Time by Jodi Picoult. It is about an elephant researcher who goes missing and her young daughter tries to find her with the help of a washed-out psychic and a alcoholic PI.There is a lot of real research included as a part of her journals. The author did good work and included a bibliography. Much of the elephant research was sad…poignant…gut-wrenching…heart-breaking…. It discussed the elephant allmotheringwherein every female helps with raising the babies. It also described memory and grief in elephants in detail.For a long time emotional behaviours were not discussed in biological research. Starting from a premise of human superiority and uniqueness, the emotional and intellectual aspects of animals were not observed or credited. There was some risk of anthropomorphism—assigning human qualities onto animals like we do in cartoons. That word in itself has its flawed premise too. More recent researchers are trying to observe without the faulty premises and are finding many things about the intellectual and emotional lives ofmany creatures not only elephants.

So there I was in a swirl of emotions about elephants and grief; about human-creatures interactions and how awful we are to our world and about my own personal experiences with grief. Both my parents died in December of different years, as well one aunt, two great-aunts and my grandfather. So I was processing some stuff. I remember two pieces of wisdom about emotions. One from a counsellor was ’emotions have a beginning a middle and an end’. The second from my Sensei ’emotions are like dipping sauces, you aren’t meant to stay in one too long but move between them’. Sensei used a lot of food analogies! There is good stuff in both of these.

In my studies and practices, I have focused a lot on how our physical and emotional and spiritual health interlink. In fact, I think the idea that they are separate is a fundamentally flawed premise. We carry our emotional traumas in our bodies. If we shut down an emotion it gets stuck. We gets plum sauce in our shoulders and bbq in our diaphragm.

So when I had memories and emotions, I wanted to remember, feel and release them. And I needed quietude and aloneness to do that. Sometimes I need to talk it out or have a treatment or write or draw. There are many ways to process.

Anyway, I didn’t go to a Christmas party because of Introverts and Elephants.